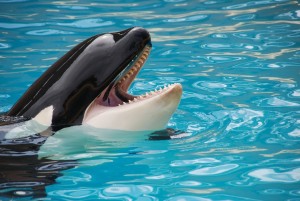 How did a film abou Orca’s not reveal the truth?

When it comes to creating content online you have to ensure that all your facts are correct. This is essential, without truth you can’t build trust with your audience and this creates significant problems. Trust is the cornerstone of the purchasing process and in the experience of your customers. When you misrepresent the truth, customers will not return to purchase more from you nor will they become brand advocates.

Despite its importance, misrepresentation of the truth is common in marketing and products. Here are three examples.

Truth Is In The Numbers

One of my favourite truth stretches is when you are watching makeup or personal grooming adverts. There are often claims that a significant proportion of the targeted audience agree with statements made by the brand. However, in very small figures at the bottom of the advert are the survey results. Often, the populations surveyed / tested are very small – sometimes just over 100.

This seems ridiculous as any statistician would tell you, the smaller the sample size the less accurate the results. So while not technically breaching UK advertising laws, there is an element of limiting truth within the advert, something which consumers are very adept at spotting.

A little while ago there was a documentary film shown on BBC Three known as Blackfish. It details the story of an Orca (Killer Whale) named Tilikum. The main purpose of the film is to promote the release of all captive Orcas and to restrict their use for entertainment purposes. Whether or not you agree with the sentiments of the film, the actual programme is moving.

Now there are a few limited truths associated with this film. The first is to do with one of the claims made by the film. About a third of the way through, an expert claims that there are no recorded attacks on humans by wild Orcas. However, it doesn’t take much more than a Google search to find six recorded incidents of Orcas attacking humans.

Several of these attacks resemble hunting behaviour, one of which required 100 stitches to help seal the wounds. While not anywhere near the recorded levels that are seen at SeaWorld, it is not mentioned on the film. SeaWorld did report this in their response, but Blackfish producers in response merely shrugged these off as abortive attacks. While probably true, the same can be said for Great White sharks, yet we don’t consider these not to be a danger to humans.

In addition, Orcas tend to live in regions where there are infrequent humans in their habitat (i.e. cold waters) where one of their main food sources, seals, are located.

In my opinion, if anything, this fact strengthens the ultimate cause of the film: Orcas can be dangerous animals. But instead the film wants Orcas to be seen as cute, fun loving animals – which are only dangerous when placed in captivity. I feel that by taking this stance, the film is not being completely honest with the audience and therefore damages the film’s creditability.

This isn’t the only time that the film’s delivery of the message has been criticised.

The next truth-bending was highlighted when SeaWorld responded to the film. They mentioned several instances where they thought the film was inaccurate. Most of these were rebuked by the film’s producers as the accusations weren’t made during the film. Though the film doesn’t make clear who they are accusing in a couple of cases, including:

At the same time, both the film and SeaWorld deliberately mislead audiences on the lifespan for Killer Whales. Studies have shown the average age for females is 50 years while for males it is 29 years. The film leads audiences to believe that they live, regardless of gender, up to 90 years. While this is their maximum age, it is like saying humans can live up to 120. While a few humans do live to this, and beyond, the average UK lifespan is expected to be 86 years by 2030.

In later material, the film does admit to these averages, but very few of those watching the film will read this material.

On the other hand, SeaWorld claims that there is little evidence to demonstrate that captive Orcas live shorter lives than wild ones. Despite some Orcas still in captivity in their 30s and one in their 40s, there hasn’t been one that has lived to 50 as yet. And certainly, there is a large proportion of Orca deaths at what could be considered relatively young.

In a more recent episode, there was a viral video showing an apparent IS fighter posing as a refugee. The story has gone viral, but in the end was found to be inaccurate. The person in the photo was a well documented Free Syrian Commander who has fled Syria because many powerful militants, including the IS, would like to capture him.

Truth is an important aspect of the online community. Audiences want the truth and if they find they have been lied to, they can vote with their feet and leave your business. There are many ways to demonstrate that you are accurate with your information, this includes:

How do you maintain accurate records on your content? Have you ever seen an inaccuracy?