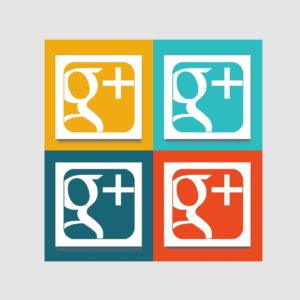 We ask that all important question again: Is Google+ dead?

Last August, cossales.com rated one of our Google+ blog posts as one of the best online articles of the month, and we were obviously really pleased about that.

The blog post was about the reports at the time that were circulating, suggesting the untimely demise of the social media network.

We argued within the article that Google+ was not dead and instead explained that this was an unfounded rumour.

In fact, the social media network should be a constant part of your regular social media, content strategy and SEO marketing campaigns.

But it’s been a year since we last published this post. Are our arguments still valid? Has there been a change in the network’s usage?

Google+ has some fantastic statistics you should be aware of.

It has over 300 million unique monthly visitors, reaches 38% of the US online population and there’s a lot of evidence to suggest it is one of the major social media platforms.

However, the average time spent on Google+ is drastically low, especially when you compare it to Facebook or Twitter.

Google+ As An SEO Tool

Another issue is building up inbound links. If you go to your Webmaster Dashboard and download your inbound link statistics, you can see every website that links to you.

If you’ve been regularly publishing on the network, then this can contribute a lot of links to your site and while the first inbound link from a site is worth a lot more than additional links, everything counts to a certain degree.

We know that Twitter and Facebook usage supports faster webpage indexing on Google, so we can logically suggest that their own social media platform should do the same (if not better).

So if you want to increase search traffic, Google+ seems to be a necessary step.

It’s important for your brand to reach the right audience. Interestingly, the network’s audience is over 70% male.

The majority of users are in America (55% of all users). Only 5% of the audience are from the UK, but it is the fourth largest user base (behind the USA, India and Brazil respectively).

There also seems to be a very biased occupation for users. According to statistics, nearly a third of the audience are engineers.

We still maintain that Google+ is not dead and is in fact, going strong. It can be useful for reaching specific audiences and for increasing inbound links to your site, both of which should be key marketing aims.

What is your view? Do you use Google+?