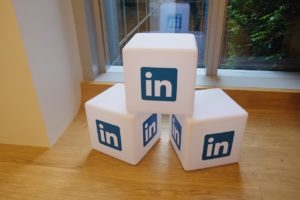 The news that Microsoft is to purchase LinkedIn for an outstanding $29 million is certainly top news. However, is it going to be something that will work for either company? We could point out all the times where acquisitions and takeovers have not worked. Consider News Corp and their purchase of MySpace for just how badly purchases of large organisations can go.

Yet there are differences with Microsoft’s deal for LinkedIn. The professional social networking site has not done so well when compared to other social media networks such as Facebook and Twitter. In terms of revenue, despite having 400 million members and its purchase of Pulse and Lynda over the last few years, their revenue is only $0.6 billion in the US. This is far less than Microsoft’s massive $2.3 billion and almost incomparable to Google’s $24.4 billion.

This means that Microsoft has a chance to turn things around and make LinkedIn more influential in today’s social networking world.

Not Moved Past The CV Site

The trouble is that LinkedIn has never moved past its origins of being a social site for careers. This means that while recruiters and others make good use of the platform, others tend to stay away. In fact, most of the users will generally use the social platform only when they are looking for a new job, to be recruited or recruit.

While this is not always a good strategy for either goal, it has meant that there is limited interactivity on the platform, which is what LinkedIn needs to fix. Could Microsoft be the ones to do that? Well, they have the resources, and they could always integrate their current platforms into LinkedIn to make it less possible for internet users to ignore the social platform.

But there will still be challenges. LinkedIn will need to be redesigned, and its strategy completely reanalysed. There are going to be some testing moments for both Microsoft and LinkedIn before the deal will be considered a success, and unless there is something done immediately about the revenue streams for LinkedIn, Microsoft will have to wait nearly 44 years before it can make its investment back.

To be honest, I think that Microsoft have made a huge gamble, and the amount they’ve paid for the social media site is far too much. Microsoft probably already has a game plan in mind for the site but will users be prepared to sign on? Traditionally, LinkedIn users have been the hardest to sell to, with most not liking promotional content at all.

Microsoft will need to have an integration plan, a redesign plan and a way to change user behaviours otherwise their investment will be wasted. This is not going to be an easy task, but I am sure Microsoft know that already. I look forward to seeing what they have planned.