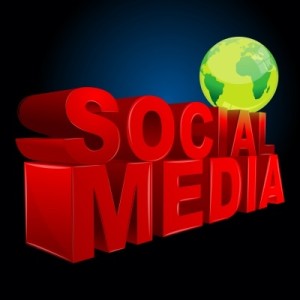 Social media is becoming one of the essential needs for your online marketing activities. Those who are not on social media can find they suffer a lack of website visitors. This is because social media becomes part of your SEO, especially the basics of Facebook, Twitter and Google+.

Twitter in particular is a very important aspect of your marketing. It can drive a large number of highly targeted visitors to your website. However, getting followers on Twitter can be a challenge for a number of business owners. Here are three simple ways to increase your following.

Twitter blasts are very simple, you simply post between 6-8 tweets within a very short period of time (about 10-20 minutes) and do this three times a day.

The idea behind this is that a concentration of tweets will give you a higher chance of someone seeing your content when they are logged on and therefore interacting.

This tactic can work in aggressively growing your following list if you use the right content. However, it does also have a drawback. Those who are ready to quickly follow you are also quick to un-follow you. Generally however you should see some growth on your account over the longer period.

Twitter is a constantly changing. The average lifespan of a tweet is about 10 minutes, although some can last significantly longer. Therefore you can use sites like Social Sprout or Hootsuite to schedule your tweets over a longer period to catch numerous people as they are logged in.

The concept here is to get your content seen by different people who are logged in at different times without seeming like you are posting spam. The content being spread about means it will be seen by more people, just not in the concentration as in method 1.

This method does grow the list over the long period, but don’t expect to see a sudden surge in followers. Though this can often be a benefit, those who do follow you are more likely to stick around and be interested in what you have to say.

Moving on to the true method of increasing followers is about moving your Tweets away from being focused on your content and generally incorporating the community. For this you should create a list where you are looking at content which doesn’t compete with what you have to say, but is rather complimentary.

Then you re-tweet that content to your followers and the community in general. But instead of simply using the re-tweet function you copy the tweet and write “RT @name” in front. This means that your tweet will not only be seen by your followers but also by the followers of the other account.

This strategy works well but there are three things you must consider:

1. Use it sparingly for other people – stick to one update per user every couple of days if possible.

2. Ensure you read their content first, to make sure it is relevant, in case someone asks you about it.

3. Re-tweet their tweet a significant time after they originally posted it.

In this method there are a number of other variants you can try, but by sticking to the basics you can get off to a good start.

By using the three top methods you can improve your social media following on Twitter, increase your website traffic and generate interest in your products / services. The only thing you have to remember is to keep the content interesting, useful and positive.