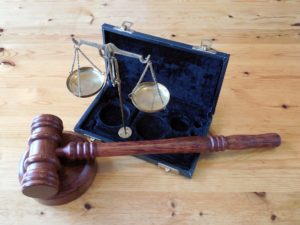 Do you know what the digital laws are?

One question that is often asked is “can I buy emails?” The simple answer is ‘no’. Yet, it amazes me the number of small businesses who are still willing to flaunt digital laws to get the upper hand. They often have the mentality that “I won’t be caught” or “it won’t happen to me.”

One such company was Javelin Marketing, who bought 100,000 emails. In their first campaign, 85,000 emails bounced and they were banned from their email server.

With today’s world of modern technology, you shouldn’t their example. Tracking and monitoring software are so sophisticated that infractions against digital laws can be found within days.

The first two are the ones that are constantly broken. Also, digital marketing laws vary by country. For example, if you send an illegal email to someone in Canada (who have the strictest email marketing laws) you can be fined heavily.

The Telegraph was fined £30,000 in December 2015, when they sent a marketing email to people who hadn’t given their permission.

Remember, email extensions (i.e. .com or .co.uk) don’t identify where the person is really from – anyone can have any extension. Jurisdiction is based on where the recipient lives, not their extension.

Image copyright is important. You must have permission from the original artist to use any images. We’ve discussed where you can safely get free images from, here. This is very important, as apart from being unethical to disregard digital laws, there is software which detects illegally acquired images and lawyers who specialise in representing the artists. The costs of being sued for this can be extraordinary.

Consider the experiences of a content marketing firm who were fined $8,000 for the use of an image they didn’t have permission to use.

If you are concerned about digital laws, then you need to seek advice. It is far too easy to breach digital laws, and the fines are too high that most small businesses would cease trading if they were forced to pay them.

Want advice about digital laws? Call us anytime to discuss your options.