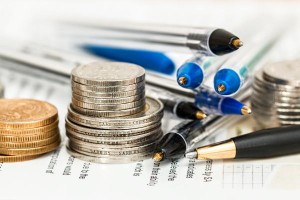 How to build trust in your crowdfunding campaign?

Crowdfunding has become on the of the most common ways that small businesses and startups can generate the financial backing they need to move their projects from the ideas whiteboard to the consumer on the street.

There have been numerous successful crowdfunding projects in the past, including Pebble that raised a total of $10 million (after meeting its target of $1 million within two days) and Hidden Radio which not only crowdfunded one project successfully but also did it a second time too.

Even the UK has had highly successful crowdfunding projects which include popular blogging platform Ghost.

Yet not all is as simple as meets the eye with crowdfunding. One of the biggest issues with the financing option is trust. Can your potential backers trust you with their money? This question has been raised again after the recent Zano incident has shaken crowdfunding backers’ confidence.

What Happened With The Zano Crowdfunding Incident?

According to news reports, the problems with UK based The Torquing Group, the team behind the Zano mini drone project; appears to lie in three key areas. Firstly, they made some questionable business decisions, then they lost a key member of their development team and finally, they failed to deliver on the final product as promised. All of this has angered backers who have lashed out at Zano and Kickstarter, the crowdfunding platform that hosted the project.

The first of these issues, the questionable business decision, was to send out the product to customers who had pre-ordered and not those who had backed the project first. This is contrary to popular crowdfunding etiquette where the backers are to be provided with the first copy.

Then the product that was received was considered to be far from that which was promised, with poor controls and camera quality, and a battery life far shorter than expected.

Finally, the nail was put into the coffin when their chief developer quit, citing personal reasons.

Following all of this, backers of the Zano mini drone have complained but are resigned to never seeing their promised quality product or getting a refund.

Building Trust With Your Crowdfunding Backers

This incident is not the only one to shake backer confidence. In 2014, a report by Pando Daily stated that the campaign run by Healbe GoBe was potentially fraudulent. Included in their report was that their business was not located, as advertised, in San Fransisco but in Russia and clinicians (and early adopters) questioned the methods used to measure calories.

With these crowdfunding examples available, building trust with your potential backers can be the most challenging task of a crowdfunding campaign. So how can you achieve it?

The crowdfunding project is a trend taking the world by storm; but at the same time, confidence in the scheme is being shaken by a few projects that have failed once they’ve received funding. Only by offering potential and current backers reassurance of your experience, product viability and professionalism can you succeed in overcoming this barrier to attracting backers for your current crowdfunding project and beyond.

Have you started a crowdfunding project? How successful was it?