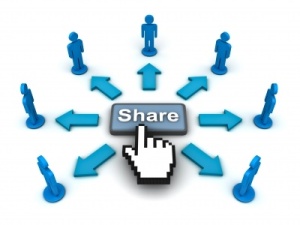 Does content length affect the amounts of times the content is shared across social networks?
Image courtesy of Master isolated images at FreeDigitalPhotos.net

One of the most commonly asked questions is whether the length affects the number of times content is shared? This is a tricky question; there are several elements that may affect the number of shares content generates. However, it is generally accepted that content length does form part of the equation. There is some anecdotal evidence to suggest this may be true.

Firstly, readers generally skim read published content to pick out topics of interest and then decide if it is worth reading. Therefore, it is better to have a longer post to include lots of points to grab the readers’ attention. Grabbing attention leads to social media shares.

Secondly, that the longer the article, the more valuable content there will be for the audience. This is not necessarily true. A long article could be summarised in a few hundred words. Readers will notice when they are being taken on the ‘scenic route’ instead of being directed straight to the conclusion – therefore longer content isn’t always the best.

Therefore I decided to test this theory about content length.

I wanted to test blog content length against the number of Tweets and Facebook Likes as these are the most common social sharing sites. To do this I needed to find a site that had several properties:

The site I chose was Tweak Your Biz. It is a site I write for, so am familiar with it. It has an audience of 140,000 regular visitors and has new articles of various length posted by thousands of authors. There are many topics on the site; however they are separated so it was easy to look at a specific topic. For this experiment I looked at marketing.

I looked at 25 blog posts (that were older than 3 days). I eliminated four of these articles because they were not in the same style as the others.

When I looked at the results it did seem that there was some correlation between content length and social shares. For instance, two blog posts that had over 1000 words also had 60 and 65 tweets and 13 and 9 Facebook likes – which were higher than other blog posts of 500-600 words. However, visual inspection is not an accurate form of method. For this we need to look at the correlation coefficient between the sets of data.

The results from this showed the correlation was -0.16. This represents a weak relationship between the length of the post and the number of Tweets. Because the number is negative, it seems to suggest that the higher content length the less tweets you’ll receive. However, because the number is so low there is little to suggest a tactical change.

The relationship is strong between the content length and Facebook likes at 0.35. As it is a positive number it does suggest longer copy does provide more social shares on Facebook, but with it being less than 0.5 it is still considered rather weak statistics.

To do a control, the two social media platforms were tested against each other. The two sets of data shows there is a 0.15 correlation. So while it is weak; there is some suggestion more Tweets or Facebook likes will give a higher corresponding value to the other.

Problems with the Experiment

This experiment is not the definitive proof either way. There are a few problems with the data that could not be compensated for. For instance, the length of time between the posting of the content and the number of Tweets or Facebook likes. To test whether this would have an affect we looked at the correlation. Twitter had a weak correlation of 0.37. Therefore, we can ascertain that the longer the post has been published the more Twitter shares it will have.

On Facebook, we had different results. The correlation was 0.0034. Therefore, it is considered there is no relationship between the date published and the number of Facebook likes.

Furthermore, there are two other factors which we cannot compensate for. The first is the author, some readers respond better to certain authors and there is no telling how much self-promotion was done on any particular post. Secondly, the experiment had a small sample size. To be truly accurate we would need to compare thousands of articles. However, this might open up more problems about the length of time they have been published.

Lessons From This Study

Despite the issues with the experiment, there are certain observations we can make. Firstly, that while there is some relationship between the content length and the number of shares, the relationship is so weak that other factors have to be involved. Secondly, blog posts gain Tweets over the long term but Facebook likes are accumulated quickly. Finally, there is a limited correlation between the number of tweets and Facebook likes.

Therefore, the advice is: don’t forcibly extend your content length to gain extra shares. Instead create content that has high value to your readers. High value content is generally that which aims to excite, entertain and educate your audience.