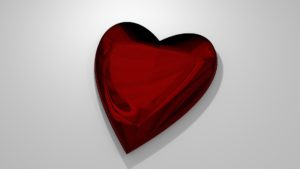 Paul needed to love the products to sell them.

Last night’s Apprentice proved to be as good as ever as the teams were challenged to design and manufacture a selection of sweets, then sell them in Brighton. The teams were shuffled, with Titans being led by Alana, and Oliver as project manager of Nebula.

The task was as interesting as the flavour of sweets; I certainly won’t be trying salt and vinegar fudge, and it was this product that ultimately determined the fate of Nebula. While Nebula’s retail team sold out of the fudge, their trade team failed and as s a result, Nebula lost by £170.58.

But what lessons could we learn from the episode? Here is our take on it.

Certainly, one element was the lack of leadership from Oliver. He fumbled his way through team briefings, and his decisions were not clearly and concisely expressed to his team. At one point this meant that the team were all selling the same product at different prices.

It should be noted however that this wasn’t unique to Nebula. Titans also suffered from this when Samuel ignored instructions from Alana and set his own, higher price.

Both team leaders had to manage rebel team members this week. Besides Samuel, Alana had to deal with Sofiane who wouldn’t come back to the retail store when requested as they were running low on stock.

Oliver had to contend with Paul. At the start, Oliver wanted to send Paul to do the trade deals, but he refused, stating he wanted to help Oliver at production.

Then on the second day, he ‘requested’ to join the trade team. However, while there, his actions were toxic. On one sale, he refused to go into the shop, and instead stood outside with the products and he appeared to complain throughout the task. When it came to the end of the task, he was seen throwing a box full of products while outside a retailer.

He sold nothing. While the next worst seller had made £100. If he had achieved that, the result would have been much closer.

3. Love For The Product

You can’t completely blame Paul for his attitude. He had no love for fudge, and he said as much throughout the task. When you don’t love your product, it is difficult to sell it. You must believe in a product, be enthusiastic, and above all promote it to prospective buyers.

Other members of the team were at least able to project this to buyers. Therefore, so many of them did better than Paul when it came to sales.

Nebula lost, their third in a row was a sour note. Oliver was fired for his poor leadership while Mukai was close. Personally, I think that Paul was lucky to escape as his behaviour was toxic to the team and he could have won it for them if he had performed better.

What was your opinion? Who should have been fired?