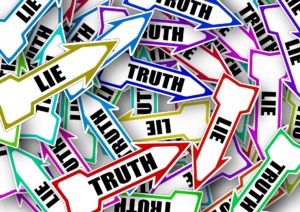 When it came to the latest The Apprentice task, candidates were asked to find a group of items for the cheapest price. This is a classic episode which can be hilarious and frustrating. For example, there is little use of the internet for research, a useful if not essential tool in today’s modern world. If the internet was used, many mistakes could have been avoided.

Another issue is proper planning. Too many times, candidates get so excited that they’ve found an item that they fail to think logically. Either the item is so far away from their current location that it consumes too much time, or they become obsessed with acquiring an item from a seller, that they forget there are other suppliers – leading to higher costs.

Lying To The Seller

The other issue is that candidates tend to disrespect the seller. The first example is about lying, one candidate insisted they were buying cigars for their dad. This type of interaction is not going to be productive for long-term relationships – which are the foundation of great businesses.

Another was trying to get something for nothing. As one candidate, Karthik, tried to get clothes from a retailer for cheap by telling them they would make no profit from him that day. The shop owner in this case was less than receptive and basically told the team to go.

Another issue, that got Rebecca fired, was not confirming information with a seller. The person on the phone misunderstood her and so the team then went out of their way to get products that the seller didn’t have.

This season of the Apprentice isn’t going great and there have been many elementary mistakes. Last week it was all about etiquette such as telling the truth and the importance of clear communication.

What mistakes have you seen in this year’s Apprentice? Let us know in the comments below.