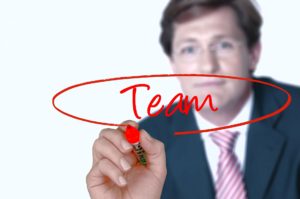 Last night’s Apprentice was an entertaining episode. Their task was to design a Virtual Reality game and present it to an audience of experts and enthusiasts. The result was Nebula’s second win of the series. And yet again, there were a couple of crucial mistakes that made a significant difference to the performance of both teams.

Assigning Resources In The Right Place

The biggest mistake made by Titans was that Sofiane didn’t deploy his resources properly, something he admitted later in the after-show interview. Instead of telling Dillon and Alana to do the branding, something they’ve both been good at previously, he sent them to create the game.

Dillion tried his best to deter the decision. However, Sofiane didn’t listen and stuck to his original plan. The result was that their main character was ill-conceived. A small sketch on Dillion’s pad, if brought to life on the screen, might have done better. It certainly fitted with the typical characters on games.

Alana was also a poor choice to develop the game as she doesn’t play computer games as she admits. Though she did try her hardest to participate – though Dillon was having none of it.

In another bad move – the pitch was mismanaged because Sofiane wanted to be in total control but then panicked. He also allowed the wrong person to play the game on stage and it looked messy. The whole team looked confused, and it showed in the gamer’s vote. Nearly all those attending the pitches voted for Nebula’s game rather than Titan’s.

Another key component to the loss this week was the selection of the audience. While Nebula had an interesting approach, it at least targeted everyone. Titan’s game was targeted more at children, who are the smallest target group in the industry, so there was little demand for their game.

In contrast, the other team had a clear definition and idea for a product that related to the target audience. However, they lacked clarity in their game mechanics and forgot that sometimes less is more as their game seemed overfilled with visuals.

In addition, they forgot who the main star of the game was and instead had a limited character as the main mascot of the game and in the branding.

What Is Your Opinion?

Do you think Dillon and Sofiane deserved the boot? Let us know in the comments.