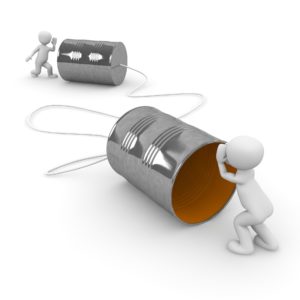 Communications played a massive part in Nebula’s loss this week.

Week eight of the Apprentice will probably be remembered for Dillion St Paul’s singing and the return of (poor) form for Frances. The former’s singing was even commented upon in the boardroom with Karen stating how bad it was.

Frances went from being an outstanding winner last week to loser again. This was her seventh loss in eight weeks. She risks being one of the worst performing candidates in Apprentice history.

Yet Dillon won, and Frances stayed in the process. Why? Well, it was undoubtedly because of a lack of communication over a pricing strategy from Nebula.

The major error in the show was made by Paul, Nebula’s team captain, who didn’t properly communicate his wishes for the price of the tickets and what benefits were included in the price.

This led to the sales team including hot meals (which were supposed to be an additional charge) in the ticket price.

At the same time, the sales team didn’t stick to the agreed price. While Titan refused sales when they didn’t get the amount they wanted, Nebula seemed to lower the price until someone said yes. While this might have got more people through the doors; there wasn’t enough profit in it.

In addition, Paul argued with team member Jessica in front of customers, and to some, it looked as though they were watching EastEnders live.

That wasn’t to say that Titan didn’t make any communication errors. Their sales team sold tickets stating that the ‘mermaid’ entertainment was going to be in the tank and they oversold on their VIP tour which meant they had to un-sell some customers and ended up with a shortage of tour guests.

Finally, it is important to note that their canapés were so good that only one person ordered any hot food.

Paul left the series and to be honest; it was Frances who was lucky this week. She might have won by the greatest percentage in the previous week, but having been on the winning side just once – Lord Sugar should surely be marking her card by now

Finally, I think that Courtney was lucky. His sales skills were not up to scratch, and his VIP tour of the Sea Life Centre was not worthy of the cost. But as he was on the winning team, he escaped.

Did you watch The Apprentice this time? What do you think?

Posted in Business Advice and tagged communications, The Apprentice.