As the Apprentice entered its penultimate week, we were treated to a view of the candidates under extreme pressure. The four interviewers this year were as tough as they’ve ever been, though it did reveal a lot about the candidates.

It also gave us some key lessons to learn about business, especially in regards to getting funding.

One of the biggest mistakes on the episode was Frances Bishop not acknowledging her failures. Her successful kid’s clothing brand, with two stores, used to have four, but two were unsuccessful and closed.

The problem was not the failure. Every entrepreneur is likely to experience failure at some point – it is part of running a business. It helps us refine our skills and become better business leaders.

What Frances did wrong was to hide from those failures. It shows a person who is not willing to learn from their past and grow. Her business plan, at least to us viewers, didn’t explain how she expected to overcome the issues those two failed stores suffered from to make further expansions a success.

Frances and her business have obviously done well, as Lord Sugar commented on. However, she has made mistakes. She won only two out of eight tasks. Although the one she won as project manager was by far one of the greatest wins in the show’s history. But she shouldn’t have hidden her failures; she should be proud, as she tried, and demonstrated that she has learnt how to avoid making the same errors again. 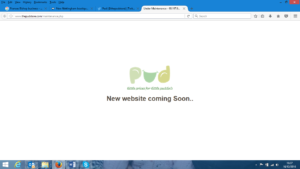 2. Not The Right Skills

It isn’t rare for certain candidates to try and enter the market when they don’t have the right skills. Helen Milligan tried to propose a business in which she had no experience or contacts. Lord Sugar, in the final boardroom of the series, said he was disappointed by her proposal.

In this series, Grainne had proposed a business where she didn’t have the certification yet to perform the job. At the same time, she was trying to take on too much. This concerned Lord Sugar and therefore she was the first to be fired – dispelling myths that she was the hired candidate after Lord Sugar followed her on Twitter some weeks ago.

Though it was also a disappointment, Grainne was a real standout candidate in this series. Had she waited until the next series, when she could have been qualified and reigned in her business ambitions – there would have nothing to stop her winning.

Jessica being fired at the final five stage was not surprising to me. She had a strong business idea with awareness of the power of social media – but she had already run the business before. She stated that she had the revenue, but customer returns chipped away at her business’ success.

Yet her business plan was the same again, using celebrities to promote her clothes on social media. The massive expense of doing this was a concern, as was her previous failure, and without any true concept as to how to avoid the same fate.

Jessica was also highly emotional and always on the go. While there is nothing wrong with this, it might have clashed with Lord Sugar’s down-to-earth personality and sometimes brutal honesty. Tom Pellereau has indicated in a news report that Lord Sugar can really call him out on bad invention ideas.

The Final Is Close

The final of the Apprentice is coming, and I am looking forward to the show. Personally, I think there can only be one winner, but we will see what Lord Sugar says.

What do you think? What mistakes were made in the interviews?