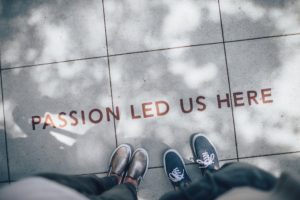 The tenth week of the Apprentice saw the candidates attempt to create a new gin, brand it, and then sell it to national retailers. There are lots of challenges in this task – and Titans certainly appeared to be tempted by the gin tasting.

Communications In Business Is Critical

One of the biggest mistakes throughout the episode was Titans’ poor communication skills. Frances, developing the branding on her own needed information about ingredients from her teammates. However, they were ‘tasting’ gin and left their phone out of ear-shot. The result was 19 missed calls, no ingredients on the bottle and a frustrated team.

Both sides of Titans also failed to comprehend the market. Frances created a brand based on the Old British Empire concept – but neglected to recognise that her idea would be considered inappropriate to the public. In contrast, the other sub team, Grainne and Trishna created a gin that wasn’t clear – which is frowned upon in the industry, and they were advised against doing so by the expert.

The large part of the failing of the task was due to Trishna adding colour to the gin.

You Need Passion For Your Product

That isn’t to say that Nebula were completely void of problems. Their branding was mismatched – they had a blue label but raspberry flavouring.

Yet, it was team leader Courtney who took the most criticism. His pitching was lacklustre to say the least, and he was lucky not to bore the prospective buyers.

Whenever you are selling a product or service, you need to be passionate about it. You need to demonstrate that you have belief in it. Passion from a salesperson helps to move products, and perhaps the winning margin could have been even greater had someone else pitched, or Courtney looked more animated.

Too Close To The Product

Another issue that ended Titans’ chances was the gin testing. While fun at work is beneficial, it can help to boost productivity and develop bonds between staff, in this case, it was not good. Grainne looked like the gin was affecting her performance and decision making as she drank (not tasted) the gin.

In the end, the result was inevitable – Titans lost and Trishna was fired for suggesting the colour of the gin. Had the colour been different, had the branding been better, then perhaps Titans would have had a chance. However, that was not the case, and Frances lost her eighth task.