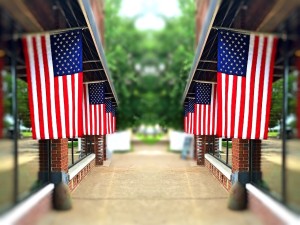 Should you be using American English on your UK blog?

English is a language spoken across the world and by many of the nations that are economic leaders. As with any language, even with the written format, there are going to be differences between nations and even regions within the world. The most common difference is between British and American English.

Without using both correctly, your blogging, social media and email marketing campaigns can have limited impacts.

What Is The Difference Between UK And American English?

Essentially there is very little difference in the look. Americans use ‘z’ in a lot of places where those using British English would use s, for instance “analyze”, “organize” or “prioritize”. Another common difference is that American English tends to drop the ‘u’ in certain words. i.e. ‘Color’.

Where Are These Used?

Yet even within these similar communities there are some differences. Cultural aspects of the nation dictate what something might be called. For example, Canada is more likely to use American nouns for items rather than British terms, yet they are also more likely to use British spelling.

So this can make the whole process of writing very complicated.

What Difference Would Using American English In the UK Make?

The impact of using American English in your content is highly understated. Firstly, you need to consider your audience. Although we don’t make a conscious acknowledgement, we do recognise the difference between British and American English. When a visitor to your website reads something in an American format, they will instantly believe you are American.

This might be useful if you are an international business but if you are looking to generate leads within the UK or another British English speaking area of the world, this can mean you are creating a barrier. They may consider that you aren’t a local business and that communication with you would be difficult. Therefore, you could lose out on opportunities.

Another problem is that using Americanisation within the British language can seem like you’ve copied (or plagiarised) content from another site. This is really bad and can affect your online reputation. You will be considered to be highly untrustworthy and this can be more damaging than you think.

So When Can You Use American English If You Are A British Brand?

There are times when Americanisation is appropriate for a British brand. Here are some examples:

American English is not so different from British English, but the way an audience will respond to it is important. You should only be Americanising your writing when you are speaking to those who mainly use American English. Otherwise you are not considering your audience and are devaluing their part in the growth of your business.