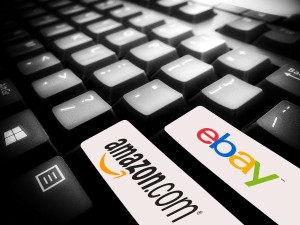 Is Amazon’s workplace culture going to affect their marketing?

Amazon’s workplace culture has been criticised recently and there has been a huge online debate about whether it is ethically right or wrong. While there are many arguments both for and against the culture, there is certainly one thing that Amazon has to admit to – this is not good for their marketing.

When you look at sites currently discussing Amazon that contain a comments section, you’ll notice that the audience is mainly negative about Amazon’s Workplace Culture. Some have even stated that they won’t buy from the online retail giant again.

This is not good news. Amazon, like every other business, requires customers to generate an income. Without a good customer base, the company will see a slump in sales and this puts the business at risk.

However, is there going to be enough of a customer exodus to worry about it? Previous companies have found the results to be temporary, if any at all, when their workplace culture was under threat.

Sports Direct have been long criticised for their zero hour policies and the way they treat staff. However, the sports retailer is still going strong and there is no sign that their business is under threat. With Amazon stronger that Sports Direct in many ways, the results are probably going to be the same.

Workplace culture was the centre of one company’s marketing failure. When Amy’s Baking Company featured on Ramsey’s Kitchen Nightmares a few years ago, their staffing policy was at the core of the problems. Gordon Ramsey found that as many as 50 staff had been hired and fired from the small restaurant in just a few years and other industry norms were not being met.

After the show the restaurant became a tourist attraction and not for the right reasons. It resulted in a re-launch but activity at the restaurant has declined since being on the show according to some reports.

It is almost certain that had Amy’s Baking Company not appeared on the show that they would have maintained a steady stream of customers.

Yet there is a big difference between Amy’s Baking Company and Sports Direct / Amazon – the size of the business. It does appear that the larger the organisation the more chance they have to survive such blackening of their name.

What is more than likely going to happen is that Amazon will face a time of major negative PR followed by a return to normal for the online retail giant. They may have to launch a massive marketing campaign to dispel some of the information that has recently been said about them and they may need to try some more clever techniques, but the company is now a huge household brand name.

While the company is not untouchable, it is hard to imagine that it will disappear. In fact, if this were the case many big brands would face similar problems all the time. It doesn’t take much to find accusations of Sky staff being bullied, a hire and fire culture at big recruitment consultants and even NHS staff unhappy with their current positions.

Instead Amazon can probably just sit still and wait while the storm blows over, then with some clever marketing deflect the attention like so many other businesses. They may experience a poor quarter, but consider all the positive quarters they’ve had previously, it is unlikely that they’ll be affected too much.

While the Amazon Workplace Culture will have an impact in the short term, it is hard to image that Amazon will have to deal with the consequences for a long time. Too many other businesses have had similar experiences of negative PR and not disappeared from the high street. Therefore, a bad quarter can be expected, but we are sure it will be business as usual soon enough.

What are your thoughts? Do you think Amazon’s workplace culture will be impacted much by the negative PR?