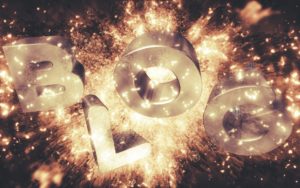 What blog titles will make my business stand out in 2017? This is a question you should be asking yourself now. Have you already started thinking about it but got stuck for ideas?

Choosing the right titles for your blogs is important, as a well-crafted title will be search engine friendly, attractive to your audience and describe exactly what the article is about.

There are common traits between the most popular articles on the internet. Analysis of 60,000 titles on BuzzFeed found that 26% of the most popular titles were listicles. Yet that doesn’t mean listicles are your only solution.

So, we are delivering the best titles for your brand to use, for most industries, in 2017. Become creative with these titles and if you need any help: give us a call.

What Are Your Best Performing Blog Titles?

What are your best performing blog titles of the last year? What titles will you be using this year? Getting your titles right can be one of the best ways to improve search engine rank and traffic to your site from social media updates. Use the list above as a starting point to develop strong titles for your blog, and make regular blogging your New Year’s Resolution!