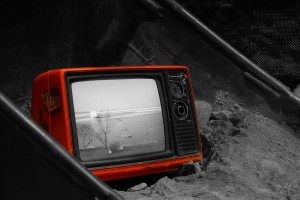 What marketing lessons can televisions teach us?

Television is often blamed as being the end of our social norms and family cohesion. On average we spend 4 hours a day watching Television in the UK. The US spends roughly 5.5 hours a day watching television. While it is often used as an escape from reality and our work, there are many marketing lessons we can learn from television and the way that executives run their productions.

So what are these marketing lessons you can learn from Television and how can you implement them in your business’ strategic marketing campaigns?

1. Repeats Are Still In Demand

All of the UK has freeview and many people have Sky, BT or Virgin television. There are only a few of these channels that actually have new programmes all the time. Channels like ‘Dave’ and ‘Pick’ primarily have reruns of old favourites. Some of these shows include ‘Top Gear’, ‘Star Trek’ and ‘Dragon’s Den’.

There can be two reasons for this. Firstly, audiences like to rewatch their favourite episodes of top shows or secondly, that they like to watch episodes that they may have missed before.

This can be useful to your social media campaigns by repeating announcements of content you have online to attract audiences that you may not have connected with before.

When you look at the reruns of some shows, like ‘Stargate SG-1’, ‘Star Trek’ and other dramas, you can see that certain episodes are missing from many of their reruns. This is often because they are considered to be poor episodes with no value to the overall series.

You should make judgements about your own content in the same way. Is there value in it or is the quality too poor to be reused? If the answer is yes to either of these, then you should look at retiring it from reruns in your digital marketing campaigns.

If you want a real marketing lesson you have to look at television advertising. I think the biggest lesson we can see is how brand image is everything on television. ‘Compare the Market’s’ Meerkat campaign is one of the best examples. The lovable characters took the nation by storm and everyone was pleased, especially those who rode the tailcoats of the Meerkat sensation by selling related merchandise. 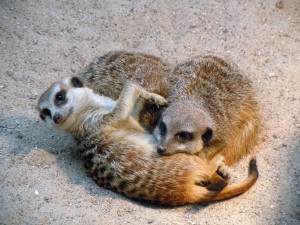 Later, the company attempted to move away from the image but all was not well. Audiences preferred the cute critter to the man dressed in similar clothes. Therefore, the brand brought back the Meerkats and dropped their attempts to change the brand’s image.

Several shows originally produced in the 1970s and 1980s, including ‘Thomas The Tank Engine’, ‘Postman Pat’ and the ‘Clangers’, have been reformatted and redesigned for a more modern audience. The same can be said for your marketing campaigns. By reusing content in a new way for a new audience, content that you developed a few years ago can become refreshed and gain the attentions of the next generation of customers.

There are numerous marketing lessons that can be taken from television and the way it is produced. From ensuring that you are listening to your audience to applying reruns correctly, you need to know what the best strategy is for your brand.

What marketing lessons do you think are available from Television?