On BizSugar and our website, Martin Lindeskog from Ego Netcast asked this question on Twitter Follower limits in response to a recent article:

I don’t know how many I added last month. How do you check this figure?

How much does a Twitter campaign cost? I am thinking of promoting a tweet with an episode of my podcast, EGO NetCast.

The answer below is our response.

You’ve highlighted some of the significant issues with Twitter. Let’s take a look at each of them in turn: 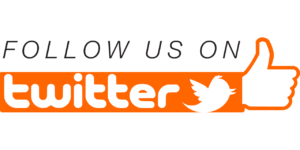 For those reading this who aren’t familiar with the term, the follow limit rule dictates that when you have more than 5000 users following you, you can only follow 10% more than that number. For example, if you have 5000 followers, you can only follow up to 5500. So technically, once you reach 5500, you won’t be able to follow anyone else until the number of people following you increases. To me, this is a crazy rule that Twitter could drop. It is inconsistently applied, encourages the creation of spam accounts and harms Twitter usage. So what are the problems with the follow limit rule?

Firstly, the inconsistent application. Some days you will be able to follow more than the 10%, while at other times, it may cut you off at 8 or 9%. Plus, some celebrities are following just a couple of hundred accounts but are followed by millions, while us regular users are restricted.

Secondly, because there is a limit, spammers are creating more fake accounts every day. This strategy helps them a lot. The more accounts they have, the greater the chance they will get someone to buy their follower packages or whatever ‘product’ they are selling. Also, Twitter, in my opinion, doesn’t do enough to rid itself of spam accounts. I’ve reported dozens of spam users and known others who have reported the same accounts. They remain active members on Twitter – selling followers, something that is against the Terms and Conditions of Twitter. Why isn’t Twitter deleting them?

Finally, limiting followings effects our usage of Twitter. The harder it is for us to use and make good use of Twitter, the fewer people will regularly use the platform, and it will experience high abandonment rates.

This scenario reminds me of MySpace.

So you are right in your approach, you need more people to follow you.

How Many You’ve Followed

Considering Twitter wants to limit how many we are following, it doesn’t give us a way, other than writing it down on a piece of paper, to monitor this. Luckily, there are tools to help. Twitter Counter is one of them. On a free account, you can see the daily record of how many you’ve followed and have followed you.

Remember that for every ten new followers you have (net effect) you can follow 11. Of course, if you have unfollowers, this does limit your follower growth.

Twitter advertising costs depend on what kind of advertising you have in mind. There are three options. One will cost you $200,000 per day – which is more than most small businesses can afford. This advertising option will get you featured on the Trends on the left of the page.

It can be worth it, depending on whether you have the capital to be in it for the long term. You don’t have to spend continuously, but you do have to be patient as some users might not convert for up to 12 months.

So I hope that answers your question, Martin. If you need any further support, please feel free to reach out again.

If you have five seconds – why not follow Martin on Twitter. I am sure he will appreciate it.