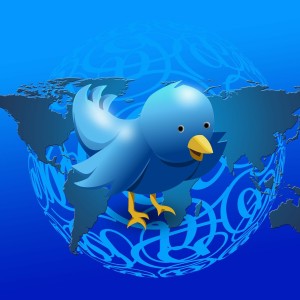 Twitter has been a long standing staple of mine. It is an excellent system to promote new content and develop strong relationships with clients, partners and influencers. TwoFeetMarketing has been able to develop a significant following on Twitter and so have many of our clients. Yet one of the biggest problems I see with the social media site is known as fake followers syndrome.

What Is Fake Followers Syndrome?

This is where a company is followed by numerous accounts which aren’t actually a real person. The account may have a picture, description and sometimes even content – but this is not always the case.

These profiles are set up by other users as a way of generating income from selling their followers in huge numbers. According to the terms and conditions of Twitter, buying fake followers is against the rules. However, there seems to be little action by the social media platform to curtail the practice.

Unlike Facebook, that will delete accounts that they believe are fake – Twitter has never publically announced this action nor has anyone ever come forward that their account was deleted and considering the amount of time I spend on the site, I should have seen at least some action by the platform. Yet fake followers and those who buy them are just as prevalent as ever before.

There is a simple reason for this: cost. It would cost the social media platform a lot of money to remove all those on the network who are associated with selling fake followers and all their accounts.

The biggest problem is identifying potential fake accounts. Most fake accounts have one thing in common: the number of followers they have is low compared to the number they are following. For instance, 35 might follower them, but they follow 1900.

This is a difficult subject matter, because there is nothing in the terms and conditions to say you have to be followed and some people do like to just follow others and not publish any content. And it is these people that could be caught in the crossfire of a fake followers cull.

This is why it would cost. Twitter would have to independently check each fake followers account to ensure they weren’t genuine. This could take a long time and require a lot of resources.

What Can Be Done About Fake Followers?

Twitter could take several actions in order to stop and dissuade the use of fake followers. Firstly, it could start to delete the accounts of all those who advertise the sale of followers. This is not supposed to be done on Twitter and they take up valuable space on Twitter feeds.

Some would argue that it might be hard to find these people; however, it took just a general search on Twitter for “followers” and we found about two dozen in five minutes. This might not get rid of the problem entirely, but it could certainly make a dent on the industry.

Next, there needs to be some action on the fake follower accounts. While it is hard to determine exactly who are fake followers and who are not, there are ways to reduce the collateral damage. Namely:

If Twitter did this, then there would be less spam and fake followers on Twitter. But until then, the platform which we all love will forever be plagued by fake followers.