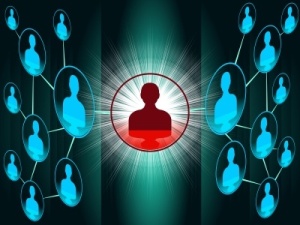 Social media could have been a battleground for the referendum
Image courtesy of Stuart Miles at FreeDigitalPhotos.net

When Scotland went to the polls to decide on the future of their nation, there was no precedent to show who might have won. Many looked to the polls to look at how the vote might have turned while others searched for clues on social media.

Social media was truly one of the loudest battlegrounds from the voices of the people who mattered – the voters. There was also a big difference in the online support for the two campaigns. The Pro-independence campaign was mentioned 378,000 times on Twitter compared to 136,000 for Better Together campaign in the 48 hours prior to the vote.

The numbers of followers also demonstrated a stark contrast with 95,600 supporting the Yes Scotland campaign against 41,200 the Better Together.

On Facebook, the similarities continued with 258,000 likes for the pro-independence fan page compared to 182,000 likes on the fan page.

Is Social Media An Indicator?

While social media is not included in the votes of any referendum, considering the huge turnout for the historic vote, social media networks should have been an indicator of political swing. Looking at the statistics, we could clearly see that the pro-independence campaign had the lead.

On Twitter, they had 70% of the following. That was an overwhelming majority. Likewise the number of tweets in favour of pro-independence was 73.3%.

Looking to Facebook, pro-independence still had the lead with 58.6% on the number of fan page likes. However, the conversation was a little closer with just 51.1% of the discussions on the debate in favour of Scottish independence.

Yet when it came to the night, the social media campaigns seemed to be in contrast to the final votes. 55% of the population voted to stay with the UK.

It was widely reported 75% of the younger votes (16-21) wanted to vote for independence while the majority of the older population wanted to vote for the No campaign. These statistics do seem to tally with the demographics of social media. Statistics show Twitter has a younger user base with 40% of all Twitter users between 18 and 45. In comparison only 33%of the Facebook population are within this age range.

On Facebook, 47% of users are between the ages of 35 and 65, compared to 44% for under 35. Using these statistics as a basis and considering what the expected voting pattern for the age ranges was, we can see that both social media platforms would likely have a lead for the pro-independence, but it would be smaller on Facebook.

So what are the lessons that can be learnt from the social media campaigns in the referendum? Firstly businesses must look at their target audience. Better Together struggled on Twitter because their key audience was not present. This was something that the pro-independence was able to take advantage of. However, on Facebook the conversation was much closer mainly because more of their audience was present. Secondly, we need to consider whether conversation and likes on social media really do lead to conversions. If anything, the statistics have shown that social media is a poor sales medium. This isn’t the first time this has been reported, a Forrester report in 2012 reported only 1% of online purchases could be traced back to social media.

Looking at the campaigns of both sides of the debate, we can see that there wasn’t a strong sales position. Both wanted just one thing – to vote for their side. Looking through their history there are no links to further content explaining their position, giving reasons or attempting to engage their audience.

Even their Tweets are self-serving on both sides with the No campaign coming slightly more on top. The Yes campaign only seemed to retweet individuals while the No campaign did engage in some limited conversation. These are all important elements in a successful social media campaign.

So while it looked like social media was an important battlefield, it was probably just a sideline which neither side totally grasped. Instead of trying to convert readers into voters both sides should have been creating leads. Signing them up to blogs, emails and other forms of rich online content and using these to sell. If the either campaign had done this, they might have achieved better results.