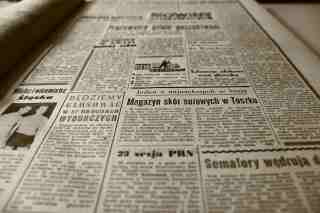 How can you write a good press release?

Although we don’t actively advertise it, TwoFeetMarketing is often tasked with writing a press release. We’ve had some great successes with links from the BBC and other national and local news outlets linking to our content.

The art of writing a press release is very simple but people are often scared to start one. So we thought we would give a detailed view of how we write a press release so you have a chance to replicate some of the success that we have had.

The story you are telling has to be compelling, exciting and newsworthy. Telling journalists that you’ve just opened your business is not really newsworthy, sorry. This happens with hundreds of businesses every day. However, telling them that your business is going to change how your industry works – is something to write about.

Whether they are quotes from you, clients, partners, staff or whoever, you want two great quotes within the press release that demonstrate excitement, intrigue and professionalism. The quotes also have to be focused on the main story. If possible, both quotes should be from two different people, this makes your press release have a lot more authority to it.

Now you need to consider how you are going to start your press release. The best way is to summarise exactly what the release is about in 25 words covering the questions: ‘who, what, where, when and why’. It is important to include the ‘where and when’ as those that don’t include these can often be rejected.

At the same time, it can be a good idea to include three or four bullet points at the top of the release highlighting the main points.

Make your introduction, short, punchy and interesting. If people aren’t interested in it from the start – they won’t read on or feature you.

Now you need to write the rest of the press release. Try to stick to under 250 words. If the journalist is interested in your news, they will come back to you with more questions. Included in the content should be your two quotes: one at approximately one third of the way down and the second, two thirds of the way down.

Now go back and edit your piece, ensure that everything included is essential and spelt correctly. This is an important stage as you want to ensure everything is pitched just right, i.e. length and voice.

There are differing opinions on images, with some journalists hating them and others wanting them in to save on time. If you get a chance, find out which is which and divide them into two lists. You’ll send two to three high quality images with those that like them and a link to a ‘media area’ on your website for the other.

Now is the time to write the headline. Why write it now? Because you’ve finished your press release and so you can see how the text has portrayed the story and can therefore pitch your headline in the same manner. Make sure your headline portrays what the story is about but is not so generic that it couldn’t be differentiated from the rest of the inbox.

Step Eight: Get Other Opinions

Now circulate your press release around the business and ask people what they think. They might make suggestions.

Now you need to add the contact details for all those who have been interviewed in the piece. Ensure that their email and telephone number are included within the piece and that neither of them are going on holiday for two weeks after the release is going out. There is nothing more infuriating for journalists than wanting to cover a story and the people they want to speak to are not available.

Always include a telephone number, even if it is tempting to just leave an email address. Journalists are often working to tight deadlines and emails are slower than picking up the phone.

Step Ten: Send It Off

Now you need to send off your press release and hope for the business. Good luck and we are sure you will do well.

Have you any questions about press releases? Let us know below and we’ll respond.