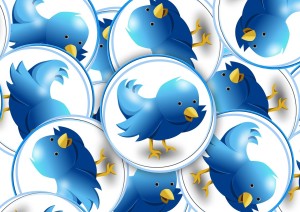 Has your business being losing out on retweets?

One of the fundamental objectives of Twitter is the goal of getting retweets. There are many reasons why people aren’t sharing your content, if you are not seeing a single share from your followers, or others, in a day, week or even longer.

Here are some of the more common reasons why your updates aren’t attracting retweets:

1. They Are Too Long

This is the one that often forces TwoFeetMarketing not to retweet or share an update with our followers. Tweets that are too long don’t allow for the sharer to add their own message to the tweet and therefore add value to the original message. Keeping messages below 120 characters ensures that this isn’t the case but it only allows for a short addition. If you want more retweets, try for messages between 71 and 100 characters long.

There are numerous reasons why an image is good. The primary one is that those tweets with an image generate more retweets and this is usually because they stand out from the crowd. The majority of TwoFeetMarketing’s tweets include an image with the content.

The problem is that images add on about 20 characters, limiting your original text.

When you use too many hashtags you create content that looks spammy and unattractive. Other users don’t want to share this content with their followers because the same perceptions will come across. They would rather share something that has one or two hashtags rather than five or six.

Research has shown that the more hashtags you use the fewer shares you will get. This can be an important factor when designing your content for Twitter.

Don’t think that just because you are posting something on Twitter that it will get the shares you want. Being self promotional will often get you nothing but silence on your account and this can damage your Klout score and the effectiveness of your campaign. Bring value to your audience by sharing useful, actionable content that they can relate to and want to read. If they find it useful, they will want to share it with others and you’ll get more retweets.

5. Not The Right Hashtags

Not only do you need to ensure that you aren’t using too many hashtags you need to promote the right hashtags. Just because you think they are relevant to your content doesn’t mean that others will. This means that people will avoid your content and instead look elsewhere.

Tweets have to be promoted at the right time of day to get the attention of the audience. Research has often found that there are hotspots throughout the day when shares and Tweets are more visible. The problem is that these times can fluctuate (especially as everyone suddenly tweets during a hotspot). So be prepared to continuously shift your tweeting schedule to match new best times.

The recommended amount of tweets is somewhere between 8 and 12, however, this isn’t always the case and you need to experiment to find what works best for your audience.

Another reason is that your tweets just aren’t attractive enough. People want tweets that read well and look great on the screen; if yours looks like a jumbled mess, than you aren’t going to attract other users to share your content.

Many people use a twitter management tool to share other peoples content. This can be a problem if you are using your full site’s URL. If Twitter reduces your url so it has (…) at the end, all the Twitter management tool is going to do is copy it – this won’t lead to your website and will return a 404 error.

10. You’ve Got A Bad Reputation

How is your reputation on Twitter? If you’ve clocked up a bad reputation from buying fake followers, spamming individuals or being a nuisance to other users, then chances are that people are giving you a wide berth. Reputation is everything on social media. Ensure that yours is good.

Now Go Get Those Retweets

Why don’t you share other people’s tweets? What can you learn from their experiences?