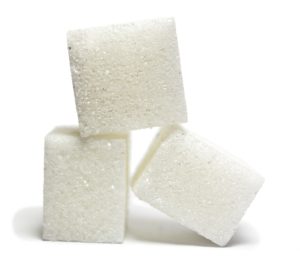 So, it was the Apprentice final last night, and 12 weeks of heartache, despair and excitement are now over. First, we should say congratulations to Alana Spencer on her win and new business partner. In her victory, she has become part of a very select group of individuals.

It was a close final, but there were two key aspects that contributed to the success of Alana and undermined Courtney.

Alana was very careful in her team selection. She chose team members that she knew she could work with, would work hard for her, and had the skills to deliver the goods. And with that, she had the team that tried to do their best for Alana.

I did feel sorry for Oliver who was left to finalise the product’s packaging on his own. And despite his instructions being contrary, he made a brave decision to add the Welsh connection into the final product – though this did impress Lord Sugar.

Likewise, Frances and Grainne were there to point out that Alana’s original logo was lacklustre and not ‘Alana’. While she was annoyed at their original comments, the next day she made a change and that was the right decision.

That kind of leadership is inspiring, and she should be proud of that.

Perhaps the biggest mistake of the night was made by Courtney’s sub-team who created a video advert with a customer ordering on the phone, even though Courtney’s products are only available for purchase online.

They rectified the situation by having the customer order online via their mobile phone. Research has shown that 49% of all online spending on video games, consoles and accessories is done on mobile devices. This figure for toys and hobbies is 46%. So inadvertently they ended up using a very current ordering method.

Lord Sugar made his hiring decision and chose Alana. In my opinion, she is a good candidate and had a fantastic business proposal. I hope that she keeps to her branding promise of production in Wales, as that will be key to her success. Also, her personality will be a driving force behind her branding. If she can maintain her charm, she will succeed.

Who did you think would win this year’s Apprentice? What was your favourite moment?